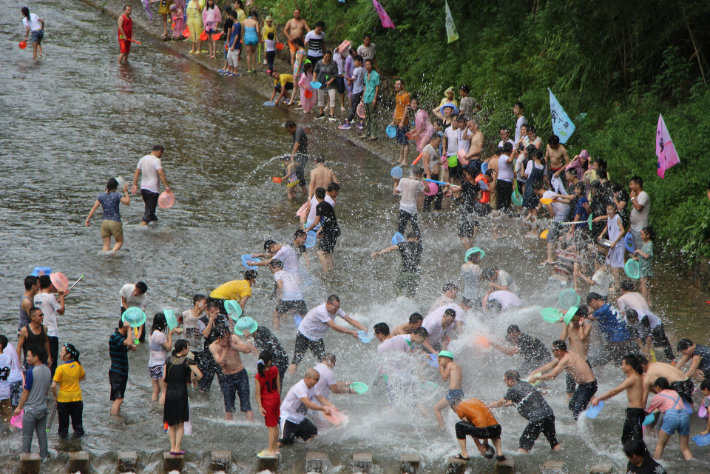 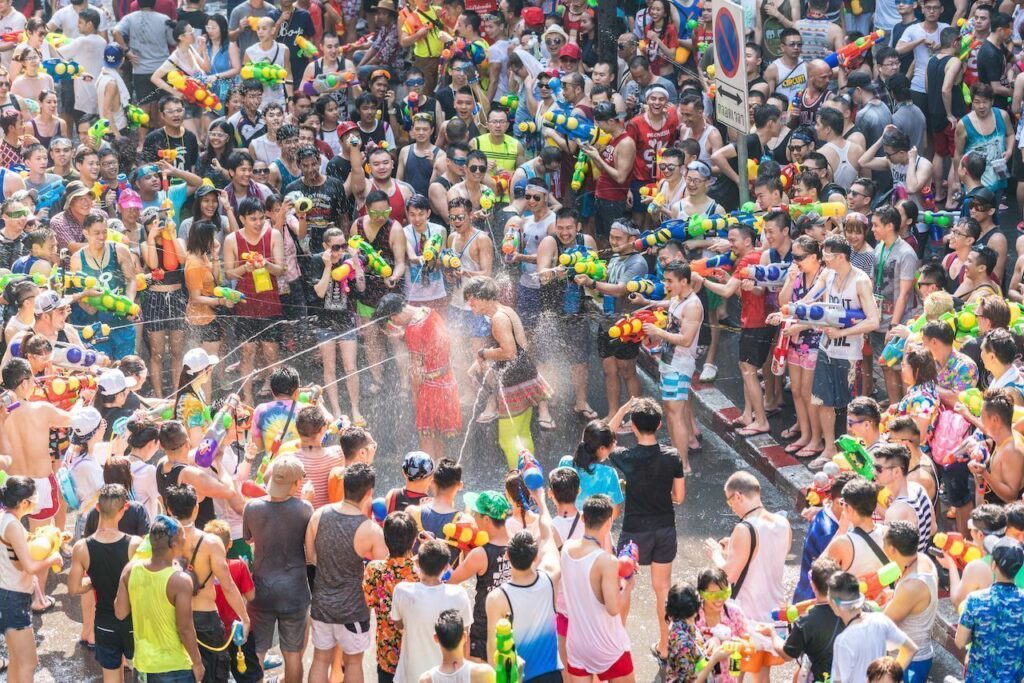 Songkran is a traditional Thai New Year connected to the Sun passing to Aries zodiac which astrological event is the beginning of the year in many south and southeast Asian countries. Nowadays Thailand officially welcomes New Year on January 1st with most of the world but till today Songkran is a bank holiday lasting few days!

The name Songkran comes from the Sanskrit word saṃkrānti which means change, movement, transformation. Songkran is celebrated with water festivals in which people splash water on each other to purify from sins and bad luck. It’s a bit like śmigus-dyngus in Poland. 😄
In temples, Budda statues are also cleansed with water.  Epic water fights are often accompanied by colorful parades.

Different regions of Thailand have different rules and traditions for that time of year. We as usual hold the Southern traditions dearest. Southerners have three Songkran rules:

But don’t worry … our salon is open during normal hours. You are welcome!