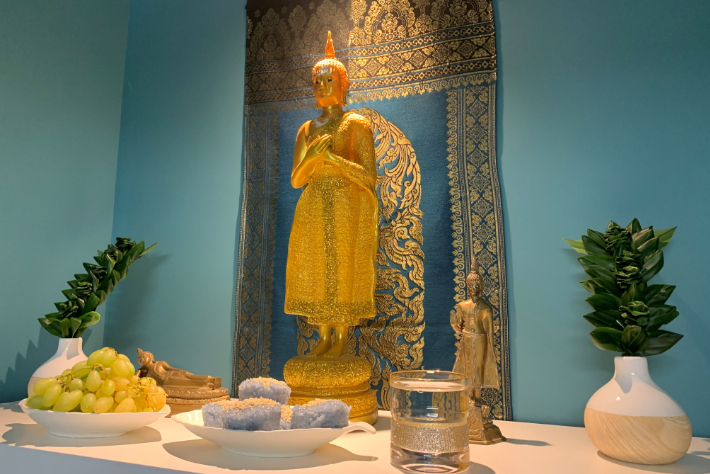 You have probably seen Buddha figurines in massage salons, or even altars dedicated to him. Perhaps you even managed to see a therapist say a short prayer before the massage? Have you ever wondered what massage has to do with Buddhism? If so, the following text should be of interest to you. 🙂

Let’s start with Jivaka Komarabhacca – a figure considered to be the father of Buddhist medicine, just like Hippocrates is considered the father of European one. Jivaka was the personal physician of the Buddha himself and became a great medical authority in the Eastern World. Its legend traveled along with Buddhist monks, who founded temples and hospitals, combining the achievements of Ayurveda and yoga with local healing traditions. This is how the tradition of Thai medicine and Thai massage was born, which for centuries was taught and practiced in Thai temples. Jivaka soon became the patron also of Thai medicine. To this day, many therapists, before starting the massage, spend a moment to calm down and focus their thoughts, starting the massage with a short prayer to Jivaka, asking for support and care, which ends with the following words: “We pray for those we touch, to be happy and let all pain depart from them”.

Performing a massage in a state of constant concentration, in the spirit of love, humility and empathy, is not an easy thing, despite appearances. It requires a spiritual element and faith. That is why you can see such a huge difference between the effects of a massage performed in accordance with the above principles, and a massage performed only as work, for money. 🙏

Have a nice weekend!
🙂